Almost exactly a year ago, I first started writing about my pivot to working full-time as a web developer. tldr; after dancing around the edges of embracing this career (in every possible way, for my whole professional life leading up to that point), it had become clear I wanted and needed to commit. I find that reflection is the only way to take stock of progress, and a year seems like a good time to look back.

My interest in the web — and tech in general — remains rooted in my personal and professional exposure to the disability world. Growing up with a nonverbal sibling with intellectual and developmental disabilities was one of the single most formative experiences of my life. I find myself very lucky to have been born when I was, to enjoy growing up without being oversaturated with technology, but witnessing and participating in the periods of growth that I have. One of the ways I personally benchmark that progress is in the evolution of the technology my sister used to communicate.

When we were quite young, her mode of communication (outside of modified sign language within our family) was entirely dependent on my mother’s tireless dedication to printing, laminating and velcro-ing her “words”. 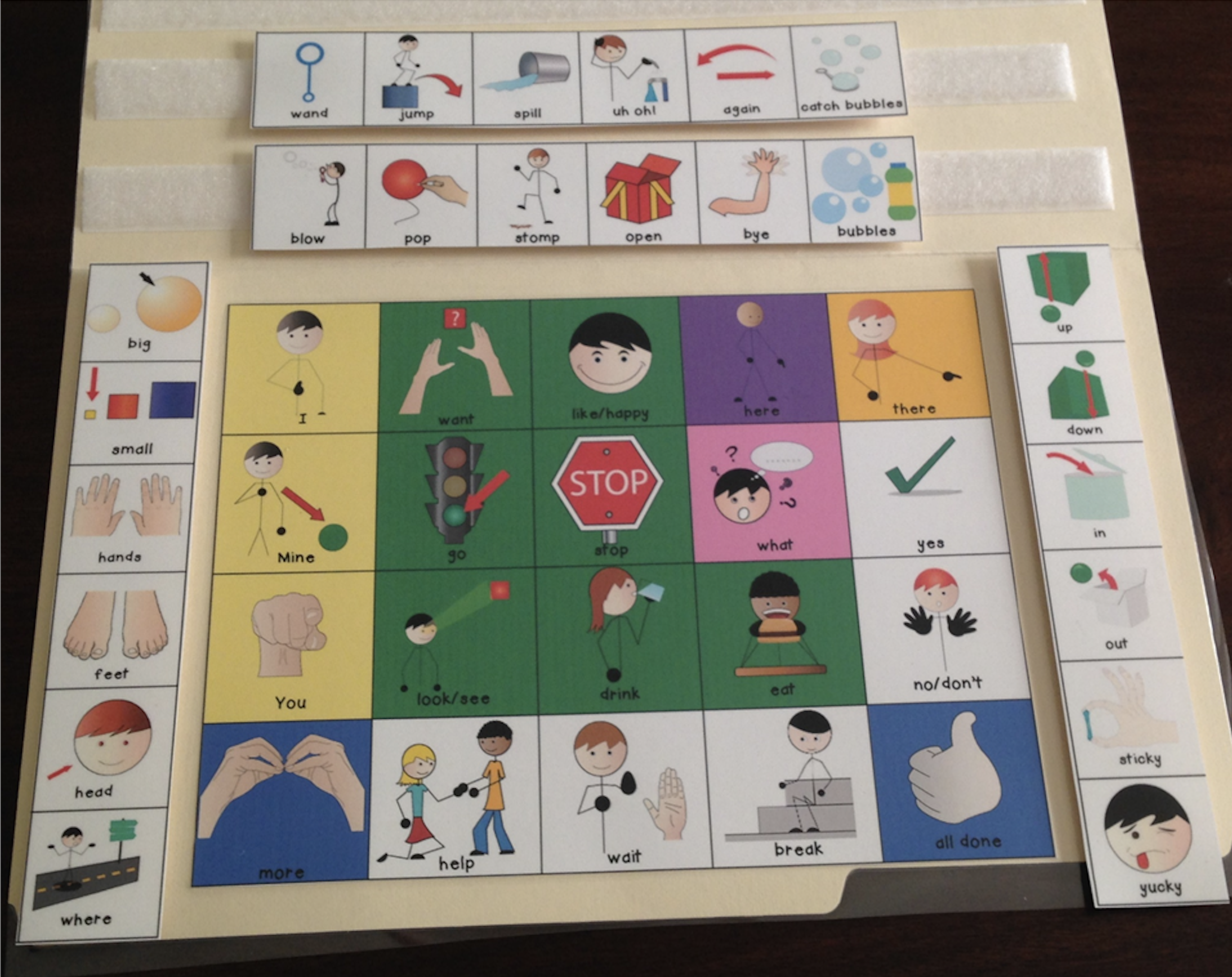 Then came her first electronic communication device, a Dynavox system. (Suddenly a lot less lamination in the house). It took a great deal of time and effort to program, and was very heavy and clunky. She made it clear she didn’t like carrying it around with her everywhere, but all of a sudden it was all there, on one device. 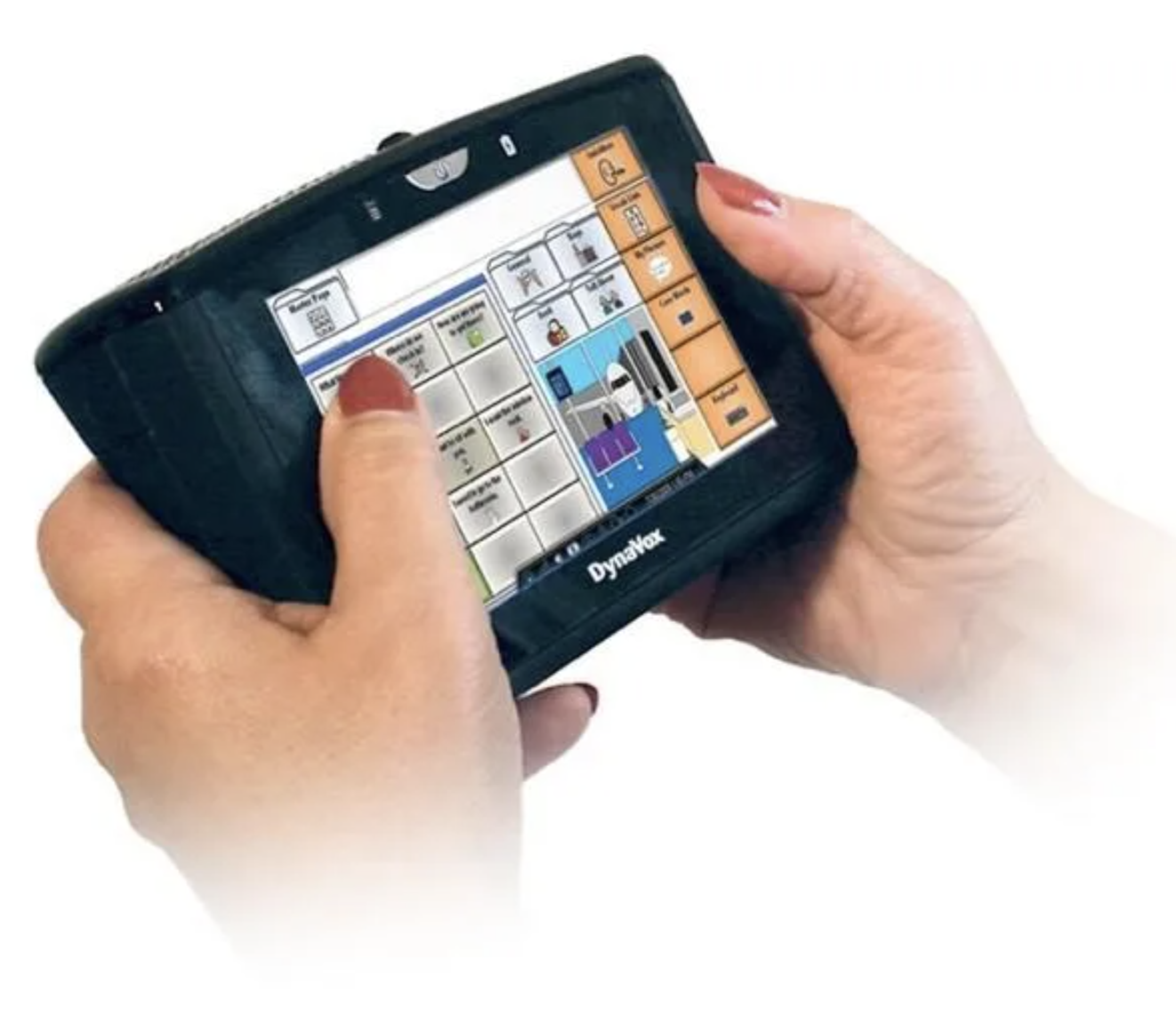 Then, the most amazing thing. The introduction of iTouch (later, iPads). All of a sudden there was a program (Proloquo2Go) that made it possible to use this kind of communication on significantly more mobile device. The kicker– it was significantly more affordable than the other assistive devices (and could do more than just run the communication software). We would buy speaker cases as well, to amplify the sound. Suddenly it was more portable, and she was the kid in school with the cool new technology. 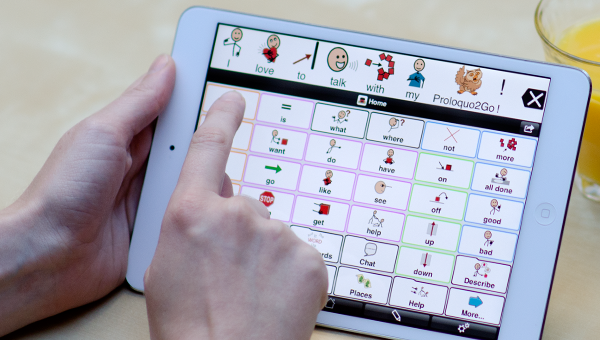 Looking back, the evolution was breathtaking. I see power in the web for the very real capacity it has for good — communication and connection, access to communication, and on and on. And just like magic, it can be wielded in the interest of the light or the darkness (and those lines aren’t always the clearest). I want to do what I can to use it for good.

The year in review

So, in the year 2016, I completed a software engineering bootcamp, completed a fellowship at said bootcamp, and began working for a start-up as a front-end dev. Some main reflections and questions from the year:

When have you “made it”?

I recently went through all my old notebooks — full of captured thoughts, to-do lists and goals, and was struck by all of my sketches, notes and writings from my time as a web producer in 2013, 2014. Somehow, it seems, that work gets quite minimized, but frankly that was the beginning of my front-end development experience — I have been a developer for longer than a year. I used HTML, CSS, jQuery and JavaScript to maintain websites on WordPress (also minor PHP tinkering) and BlackBaud NetCommunity, and design and build additional sites as needed. That is legitimate experience.

It’s a question I see often from others, and reflect on often myself — when are you talented/experienced/respected enough? To fearlessly contribute to open source? To confidently sell your skills? It’s clear that those who “fake it til they make it” generally benefit quickly and publicly from presenting that attitude — I can’t bring myself to do so because it feels disingenuous.

And, with so many wonderful people constantly sharing thoughts on the challenges of diversity in this industry, it’s difficult not to frame this question to myself through that lens — How much do I hold myself back by being so measured? What would I gain by being just a little bit more reckless, a little more strongly opinionated? A little less afraid to be wrong?

You ever feel dumb because you don't know literally everything?

Where do you put your time?

”JavaScript fatigue” has been well documented and thoroughly discussed (hell, even ”JavaScript fatigue fatigue”). It’s an exciting and overwhelming time to be a part of this exploding and complicated ecosystem.

It’s never going to happen. I can’t keep up. Dan Abramov isn’t keeping up. Brendan Eich isn’t keeping up. Don’t stress out because you can’t, either. We’re all on the same bullet train here, and no matter what seat you’re sitting in, the world outside the windows is all a blur. – Source

It takes effort and intention to decide where to put your time and focus (or on the other hand, what to ignore). Time is limited and precious.

Although it looks like there’s increasing crossover, it’s still seems that there’s the web accessibility community, and then everyone else. It’s essentially a specialty, when it’s really an industry responsibility. Accessibility is at the heart of my interest in and love for the web, and like many other people I find it taking a backseat in the tidal wave of everything else to learn.

My goals for this year are a direct challenge to myself stemming from the questions above.

Overall, I try to never lose sight of how lucky I am. I get to sit down every day and tuck in to everything this community has to offer, and solve problems, and learn things. It’s not without challenges, it’s not a clear road, but it’s a great place to be.